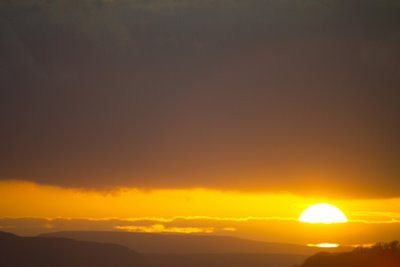 I docked my boat of 14 years and fueled it for the last time on Wednesday, April 4 2006. As if it didn't want me to leave, the docking itself was made nearly impossible by wind and tide and cold, stiff steering. I was by myself and trying to get into the fuel dock, a tight squeeze under the best of circumstances. It took me 15 minutes to get a line on. At the last second the line slipped off the cleat and I had to start all over. I had to rush back to the helm and pull out of the slot before I ended up on top of a little dragger tied to the north side of the pier. Like I said, the boat was being stubborn, or maybe I was in no real hurry to get it docked.

After fueling the boat for the new owner, who was due the previous night and scheduled to leave at daybreak, it started to snow. I listened to the weather radio for a minute - calling for 3 to 5 inches - then I walked the decks two or three times, checked the lines, and reluctantly stepped off the boat.

What surprised me was how sad I got on the drive home. I was the vessel's fourth owner. Originally, she was called the Miss Jill, then she was Squall, then Outlaw II, and finally under my ownership, Finback. Quantitatively, I wonder just how much real sweat and blood is infused into the wood of the thing. I remember one time I cut my hand pretty badly on a wire thread coming off the winch. The blood stained the cap rail. It stayed that way, red stained, for most of the season, until I sanded the spot and repainted it. You can't own a wooden boat without sweating and bleeding into it . . . literally, it leaves with a part of you in it.

Oh well, I still have a couple of cans of bikini blue paint and a few scars to remember her by.