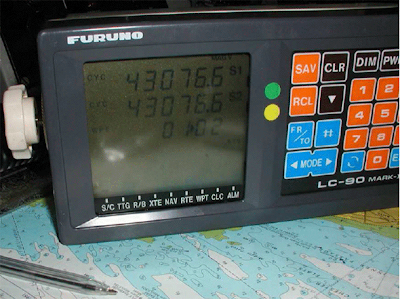 Senators Susan Collins of Maine and Joseph Lieberman of Connecticut seem to think the Coast Guard and DHS should upgrade and save the LORAN Navigation System. They see the LNS as an important part of a mariner's tool bag and point to the economic advantages of keeping it operational. Homeland Security Secretary Janet Napolitano is slated to decide one way or the other. The Bangor Daily News has the full story here.
While I can see the advantage of a land-based navigation system set on US soil from a security perspective, and I can see the point in keeping a system that costs as much to save as it does to dismantle, I can't see saving a system based on the needs of a handful of 2oth century navigators and manufacturers who can't leave the past behind.
GPS has been surprisingly robust and effective. It's expensive, and it has its vulnerabilities, including solar radiation, cosmic rays, weather, degraded hardware, and orbital anomalies. But LORAN isn't nearly as precise, and it has equally if not worse coverage and reliability issues. Moreover, if the point of technological advancement is to move forward and up, then I can't see saving LORAN. It has as much practical use for the modern mariner and/or pilot as the CB radio, which the vast majority of professionals had the good sense to toss in the drink 30 years ago. In fact, the country's entire navigational capability, in virtually every sector, commercial, industrial, and recreational, is based on the GPS. We've come too far to go back. We've passed the point of no return. LORAN is dead. Accept it. If you need a back-up to GPS, use a chart, your compass and a watch, which suggests something a lot of Loran proponents aren't mentioning.
Let's say we save LORAN and keep it as a GPS back-up. How is it going to help a navigator who doesn't have a LORAN receiver on his boat or plane? Obviously, it's not. So what's going to happen? Will plotters and other navigation equipment have to be made with dual receivers? Will the Coast Guard require commercial vessels to be equipped with a back-up LORAN receiver, either as a stand-alone or as a dual purpose unit. Will we have to carry yet another piece of required equipment, like our AIS, which I assume will need to be integrated with the back-up LORAN. And what about our EPIRBs.
I remember when the Coast Guard and industry forced mariners to switch to 406 mHz EPIRBS. We all had to suck up and embrace the new technology even though many of us who fished inshore (inside 20 miles) knew our best chance for survival after a catastrophic hull breach was a continuous emergency tone transmitted over VHF Channel 16. Well, too bad. We had to trash our older EPIRBs and buy new ones that cost ten times as much. But hang on a second. Because we're allowed once again to transmit MAYDAYs on Channel 16. Manufacturers have reintroduced continuous tone MAYDAY transmissions over VHF frequencies in the form of an Emergency Channel 16 DSC. These MAYDAY transmitters are available in DSC-equipped VHF radios and Personal VHF-based EPIRBs known as VPIRBs. These MAYDAY transmitters send out a continuous digital call that includes, you guessed it, your GPS position. But if we have LORAN as a back-up, how is the back-up signal integrated into the VHF or VPIRB, or a similarly equipped EPIRB that also transmits a GPS location? And how does the transmitter know which signal to use and when? Hmm, sounds complicated, and expensive.
But that's just what they want. To pass the cost of everything onto us. First they'll stick it to us as the taxpayer, then we'll get it again as the consumer.
My vote is to say no to LORAN. The Coast Guard and the IMO picked GPS as the system of choice. Let's stick with it. If a back-up is necessary, it should be able to work with onboard equipment in use today -- not tomorrow, or worse, yesteryear!
~seabgb
Posted by seabgb at 6:42 AM No comments:

Posted by seabgb at 5:46 AM No comments:

More Pics from the Florida Keys 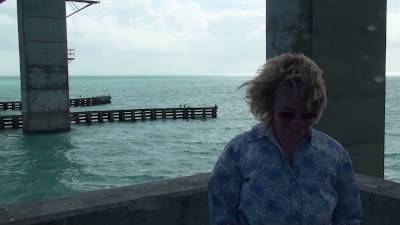 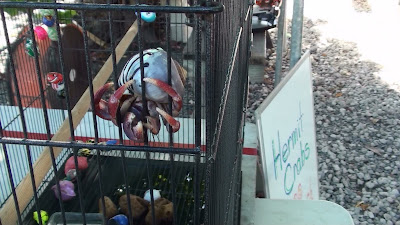 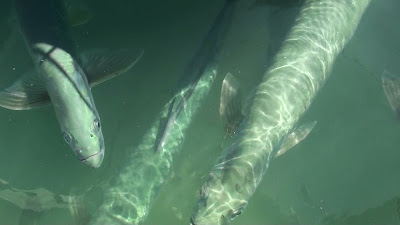 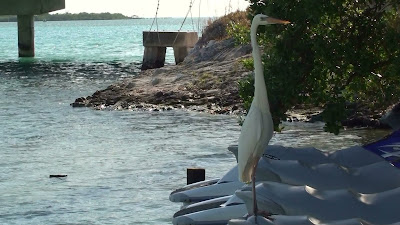 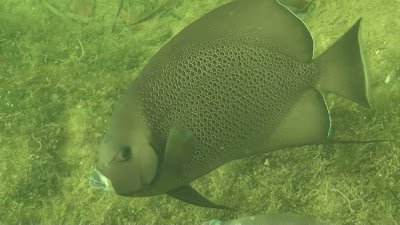 Posted by seabgb at 1:19 PM No comments: 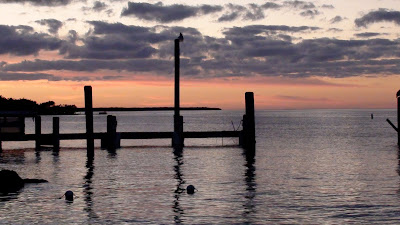 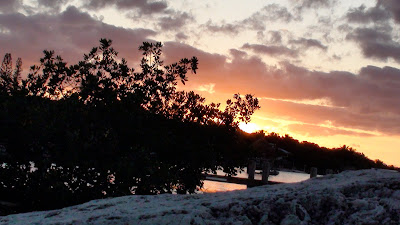 Posted by seabgb at 1:10 PM No comments: 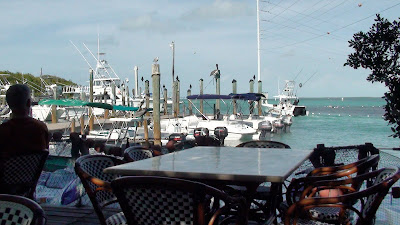 Posted by seabgb at 1:09 PM No comments: 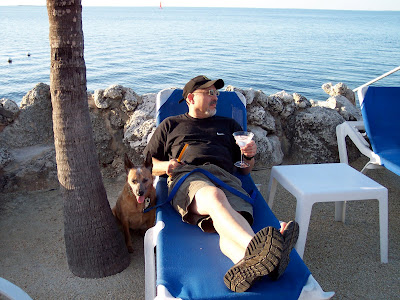 Posted by seabgb at 1:07 PM No comments: