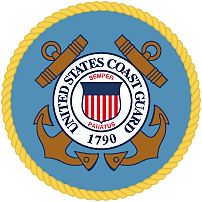 People have gotten fatter and the Coast Guard is worried.

Reports from the Center for Disease Control and Prevention (CDC) have prompted the USCG to re-evaluate its stability calculation process. What this means is that USCG Certified Sub-Chapter T vessels might be required to undergo new stability tests. Vessel operators who don't want to retest might avoid the procedure by accepting a new Certificate of Inspection with less passenger carrying capacity. The latter would be a simple calculation based on the CDC determination for average per person weight.

Obviously, in the passenger carrying trade, the more people you can carry, the more money you can make. So this development has some consequences, especially at a time when fuel and other costs are rising at an alarming rate,

Note on Fat Homer (courtesy of Twentieth Century Fox) Above:


Images or illustrations of a character in a comic book, video game, or animated television program or film used here are copyrighted and/or owned by either the publisher/producer and/or artist(s) producing the work in question. It is believed that the use of low-resolution versions of these images of character artwork for commentary on the character in question or the subject the character represents do not constitute copyright infrigement and instead qualifies as fair use under United States copyright law.

Any other uses of this image, here or elsewhere, may be copyright infringement.
Posted by seabgb at 6:47 AM