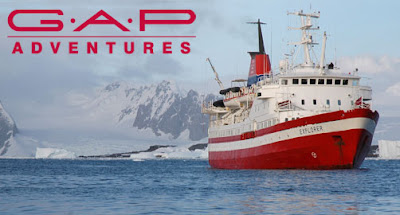 I chose to use the promotional picture of the M/S Explorer above instead of the ones taken by Chilean Navy personnel because I wanted this post to have the appearance of calm and responsible reporting, not the knee-jerk reactions some media outlets have thus far provided. Photo above is from the expedition travel company G.A.P. and you can visit them at their Web Site and get a full update as to the whereabouts and condition of passengers and crew.

No. The hole in the side of the ship was not the size of a fist as originally reported. It was considerably worse. Anybody who has any maritime work experience knows that a hole that small in a ship this size would not cause catastrophic flooding.

No. The ship did not have a crew of 5 to 10. That's an absurd thought. There was a ship's crew of 54 plus two or more G.A.P. Expedition staff members.

No. The ship did not run into an iceberg the size of a mountain. I don't what what the berg looked like that breached the hull but it was most probably submerged and virtually impossible to see with radar or the naked eye.

Yes. Adventure travel is risky. (The food's not that great either.)

Yes. The rescue and recovery of all passengers and crew from any sinking cruise ship in sub-freezing latitudes without incident or serious injury (one passenger reportedly has a hurt foot) is an heroic and meritorious act and a testament to the crew of the explorer, those on the rescue vessel (M/S Nordnorge) and the Chilean Coast Guard and Military.

Yes. The passengers and crew were very lucky the weather in this unpredictable and sometimes fierce region was favorable. (It deteriorated rapidly after the actual rescue, i.e. the plucking of the passengers and crew from their life rafts, which took about an hour according to the captain of the Nordnorge.)

Yes. Accidents happen. And sometimes they're not caused by simple human error.

Posted by seabgb at 1:33 PM No comments: 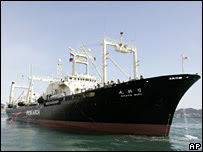 Those stinkin' Japanese whalers are at it again. This time they're heading out to take their largest whale allotment ever, including 950 minkes and fifty humbacks. They haven't hunted humpbacks since 1963, when humpbacks were added to the endangered species list. Humpback whale populations have since rebounded but that's not the point. Humbacks are a docile, caring and communicative species. They sing songs to each other. The world should be mortified by this hunt and the Japanese government's continued mistreatment of our oceans, particularly as it relates to marine mammals.

You can be sure Greenpeace and the Sea Shepard will be doing whatever they can to interfere with this planned hunt. I'm certain we will see some dramatic and heartbreaking footage and in time will hear a report of drastic measures taken on behalf of the whales. It wouldn't surprise me to learn that one of these vessels has been rendered inoperable. Remember the collision/ramming that occurred a few years ago?

I would offer a link here if I thought a formal protest would make any difference. Truth is the Japanese government has nothing but disdain for those of us who oppose them on the whale issue. They could care less. Some analysts think their insistence on hunting whales is simply their way of telling us all to get stuffed.

Heading Into a Gale off Monroe Island

Shortening Up in a Gale off Shag Rock

Posted by seabgb at 9:18 AM No comments: 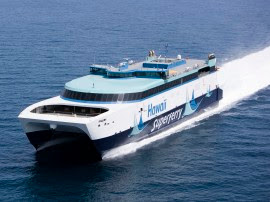 For the record, I'm a die hard capitalist who believes in the power of free enterprise, which means I think the government should promote, support and encourage private enterprise and entrepreneurship and not be planting creative obstacles in its way in the form of double- and triple- dipping taxation. On the other hand, government has a responsibility to protect the public and the environment -- which belongs to all of us -- from stupid business practices, excessiveness, folly and waste.

Earlier this year a Hawaiian court ruled against the superferry and for the activists who wanted service stopped until after an environmental study had been completed. Sounded like a reasonable course of action to me. But now we learn the Hawaiian government passed a new law in emergency session that will force the courts to allow the superferry to run. If this isn't a case of big business buying government I don't know what is. Hasn't anybody bothered to see if Governor Linda Lingle's bank account has appreciated lately?

Who am I to suggest the Hawaiin governor and the state legislature would stoop so low?

Clearly, there's a lot of money at stake. But at some point we have to say to business: "You know what, we really have enough shit going on right now? Come up with something less environmentally controversial." Gov. Schwarzenegger responded to area fishermen and ordered the postponement of the Dungeness Crab fishery that was due to start this week. Fisherman and state health officials were worried about food contamination from the spill of 58,000 gallons of diesel oil from the container ship that hit the Bay Bridge.

The Governator also made some comments critical of the Coast Guard's initial emergency response to the spill. He later toned down his criticism, presumably after learning that the CG acted in a timely and professional manner. In fact, it was the Coast Guard's notification and warning to the public that was delayed. A CG spokesman has gone on record saying the reason for the delay was that the spill had been originally reported at about 140 gallons, not 58,000 gallons, as was the case. We can just imagine that when Coast Guard responders first arrived on scene, they were confronted with considerably more than they expected. As a result, communications to civil authorities might have been given secondary importance to the game of catch-up.

After a preliminary investigation of the collision between the Cosco Busan and the Bay Bridge, the USCG has reached the conclusion that operator or pilot error was to blame. Language differences and/or a lack of communication were not contributing factors. Investigators further concluded the pilot was not aware of the extent of the damage to the ship and that the severity of the spill could have been lessened had the pilot taken different emergency steps.

A lawyer for the pilot stated the damage wasn't assessed as severe because nobody on board had any idea a fuel tank had been breached or that the skin of the ship had been compromised.

This is not uncommon for large ships like this. A ship entering Long Island Sound several years ago approached shore with a whale stuck to its bulbous bow. Nobody aboard was aware of the collision or the fact that the whale was still stuck on the bow. Another collision occurred a few years ago in the Gulf of Maine between an oil tanker and a herring seiner hailing out of Rockland. The tanker continued on its course, unaware it has been involved in a fatal collision.

People unfamiliar with the workings of huge vessels like this find it hard to believe a catastrophic accident can go largely unnoticed. However, the men and women who sail on these behemoths know differently.

It's time for the international maritime industry to establish hull monitoring standards for large tankers, cruise liners and container ships. These vessels are getting larger and larger. They have reached the size where it's no longer possible for a bridge crew to be aware of what happens to the vessel's outer hull.

Ships have all kinds of equipment for monitoring what happens inside the vessel, e.g. bilges, engines, fluids, compartments, heat, smoke, temperature, etc. But except for navigation, weather, closed circuit video and, in some cases, stress and/or fatigue monitoring devices, there's nothing to let the captain know what and/or if anything has happened to the outside of the hull. 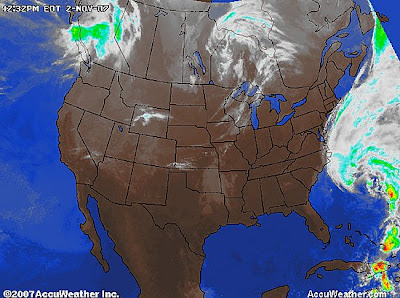 Noel proceeded to weaken as a hurricane as it moved up the coast but it strengthened as an extra tropical low. In other words, instead of having a warm core, as it would have as a tropical system, it had a cold core. Winds associated with the new low reached hurricane force in some places. Here in Maine, at the Matinicus Rock Station, highest wind gust was recorded at 63 knots or 72.499 mph. Not quite hurricane strength but darn close.

Fortunately, the system moved rapidly. The seas, while building to 22 feet up to 25 miles offshore, did not have time to cause significant damage. I am not aware of any boat related calamities in the Rockland area.
Posted by seabgb at 4:57 AM No comments: