Fuel Costs . . . Whatever The Market Will Bear? 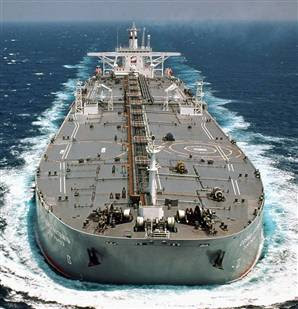 What are we to think in the wake of fishermen in Paris yesterday and today going on a rampage over the price of fuel? Can it happen here? Maybe. Paris has a history of violent protests over this sort of thing, while we tend to reserve our public rampages to student and other violence as a result of a sporting event or a canceled concert. At least the French rampage over the serious stuff.

I would be surprised if there's anyone who thinks the oil magnates don't know exactly what they're doing. They have the best research our money can buy, and it's our money they're researching. They know exactly what's going on with today's cash assets. They've figured out there's plenty of money out there to funnel into the economy and until people show them differently the price of oil will keep going up. The problem is, there's always a delay, just like the one we had recently with the sub-prime mess. And it's not over.

Fuel costs are prohibitive for commercial fishermen and others who earn a living at sea, but the effects of these costs haven't filtered downstream yet. Just give it time. When commercial lobstermen around here decide they can't fish because the price of fuel is too high, a huge infrastructure of support services will collapse.

Ross Perot Jr. was on the news the other night and he said the price of oil was overvalued by almost 100%. He predicts it will slide back to $70 a barrel. I'm not so sure but I have a feeling that when the collapse starts, the oil magnates will not be able to respond fast enough to protect their interests or ours.