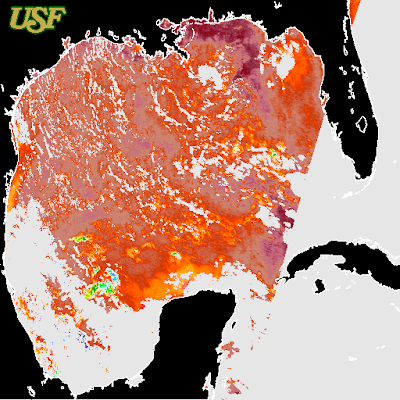 Researchers and scientists at LSU have confirmed a report that the size of the dead zone off the Texas and Louisiana coasts has increased to over 10,000 square miles. This is the largest it has been since these measurements were first taken some 23 years ago.

The dead zone -- now the size of Massachusetts -- is an area created by organic run off from the Mississippi and Ohio rivers. This run off has depleted oxygen levels to a state that is insufficient to support even the most basic of marine life.

Researchers blame the 17 to 21 percent increase from last year on added pressure from the industrialized farming of products used in the making of bio-fuels.

This is a clear case of environmental lobbying efforts gone horribly wrong. I'm all for reducing the need for foreign oil. I'm all for creating alternative fuels. But for years now the evidence has been piling up against a corn-based bio-fuel technology. Let's put a stop to it now before we turn the entire Gulf into a cesspool.