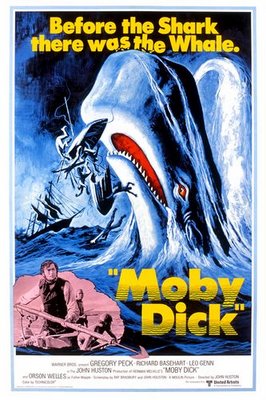 Here's a list of my favorite movies about the sea, with a brief description and review, in no particular order:

Titanic. This is Cameron's version and no doubt one with a sophomoric, fictionalized inner story about Jack and Rose and unrequited love. Ugh! Nevertheless, Cameron's attention to detail combined with his knowledge of the sea provide superb visuals and a realistic account of the physical aspects of the actual disaster. Very dramatic but also manipulative emotionally.

A Night to Remember. Can't leave this one out if we're mentioning the one above. A faithful retelling of the tragedy as originally described by eyewitness and written accounts. Based on the book of the same name by Walter Lord and including the dramatic stories of real passengers. Not a tear jerker in the modern sense but a movie that leaves an indelible mark on the brain.

The Abyss. Cameron cut his sea teeth on this one. A sci-fi underwater flick with great character interactions, a decent love story, and fantastic underwater scenes. Worth watching, except for the very end, where Cameron presumably ran out of money and had no choice but to feed Mary Elizabeth Mastrantonio one of the dumbest lines ever recorded. Still, a great popcorn flick with lots of exciting scenes.

Perfect Storm. Wolfgang Peterson's movie version of Sebastion Junger's book of the sinking of the Andrea gale, a swordfish longliner out of Gloucester, MA. Movie depicts some real personalities (as we see in the bar scenes) and has a few decent scenes but is over the top in both action and it's speculative reasoning as to the exact cause of the tragedy. (More on this at a later date.) Not so much Peterson's failt as it was Junger's, who overdramatized his book and gave us way too many of his unqualified opinions.

Master and Commander. Underrated. With Russell Crowe. Opening scene is worth the price of admission.

The Caine Mutiny. Humphrey Bogart leads a great cast in this dramatic and telling tale of disloyalty, dishonor and failed leadership on the high seas. None better.

Mutiny on the Bounty. Two version worth seeing, the original with Laughton and the remake with Mel Gibson.

The Wackiest Ship in the Army. All right. Not the greatest movie ever, but if you're a fan of sea stories, you have to watch it. Jack Lemmon finally gets command of a ship, but it's a rotten old schooner. His mission: To spy on the Japanese in the South Pacific. Not much plot but a great premise and lot's of good boating scenes.

Down Periscope. Kelsey Grammer plays Thomas Dodge, a modern Navy sub captain who gets his first command, a rusting diesel sub. Sound familiar? Instead of spying on the Japanese, Dodge must engage his own Navy in a war game that requires him and his crew to infiltrate a gauntlet of U.S. warships and blow up one of the mothballed derelicts at Norfolk. Low brow humor with more than a few laughs.

The Bedford Incident. Great cold war story with Richard Widmark in a cat and mouse game in the North Atlantic. Sidney Potier plays a liberal journalist-guest aboard ship. Bottom line: The most insignificant details can have most disastrous consequences.

Jaws. Almost deserves its own post. The movie that single handedly changed the film industry and also almost decimated a fishery.

Pirates of the Caribbean. Somebody knew a little about boats when they penned this Disney ride adaptation. They knew how to have fun, too, which is what most viewers will have when they sit down to watch it. Movie pays homage to pirate lore and other genre films that have come before it, including Polanski's Pirates, which is also worth a look. Check out Walter Matthau's performance as Captain Red. You'll be hooked, literally, in the first five minutes.

Mr. Roberts. What better movie of men aboard a Navy ship is there. Superb performances all around. One of the few films that succesfully blend laugh out loud humor and tragedy. Finale says it all. Perfection.
20000 Leagues Under the Sea. I wasn't going to include this at first but a friend reminded me of its Shakespearean qualities. Kirk Douglass plays it a little caricature-ish, as the yo-ho-ho-and-a-barrel-of-rum sailor, but James Mason is dark and foreboding as the idealistically sinister Nemo.

Crimson Tide. Insubordination and mutiny (or is it?) aboard a U.S. nuclear attack sub in the vein of The Cain Mutiny. Very well executed and played by Denzle Washington, Gene Hackman and others.

The Cruel Sea. Film adaptation of Nicholas Monsaratt's excellent novel of war on the high seas. Novel came out in 1953 (year I was born) and is probably the best novelization of service in Her Majesty's Navy during World War II. Movie faithfully sticks to Monseratt's vision and includes superb performances by the all British cast.

The 7th Voyage of Sinbad. Groundbreaking fantasy film with legendary special effects by master minaturist, Ray Harryhausen. Even cooler that it happens to be a sea adventure.

There are, of course, a great many more noteworthy movies with maritime or naval themes. I can think of several terrific war stories, including Sink the Bismark. Maybe later I'll add to the above list.

Posting this for my friend Carl who says" "Like your movie reviews but you forgot a couple. How about Waterworld. A silly film but great action shots of the big trimiran. Also there was a film a couple of years ago called Wind. Really didn't watch the plot but it had amazing sailing shots, especially of the 12 meters."

Also, friend Al B. mentions The Key, with William Holden and Sophia Loren, about tug captains during WWII.